After fifty years of spatial development not sustainable with regard to land use, energy consumption, or infrastructure costs, the only alternative to overcome this development is to transform and advance existing spatial structures. Historically, Switzerland has evolved from a landscape organized by the principles of town, village, and countryside into a far more complex urban landscape with multiple overlapping interdependencies, functions, meanings, and forms. Inward development is the new baseline. It urges us to develop novel ways of collective decision-making which systematically questions the lines that have been drawn between so-called lay people and experts, respectively.

From SMART to RESPONSIVE

The current massive proliferation of computable devices and urban sensors gives rise to novel and heterogeneous socio-technical and spatial assemblages, which is triggering a fundamental shift with regard to what the city as an emergent product may become. As Helbing states, «parts» of the world «still look pretty much the same» but «we have networked them and made them strongly interdependent» (2012, 13).

So-called «smart urban technologies» will predominantly shape the way future city regions will be organized. However, if we aim at a culture where planning and design emerge from the bottom up, where individuals are in touch with the problems of their places because they know best how to tackle them, we have to make sure that cities become not just smart – this they will do anyway on the basis of market forces – but responsive. In order to become responsive, spatial development will have to re-assemble governance assemblages and novel technologies as a joint becoming. With regard to research, this claims for a conversion of cities as complex systems on the one hand and planning as the social and political need to interfere on the other hand.

The Smart Use project was developed as a co-operation project on behalf of the Zurich Metropolitan Conference. «How will we deal with population and economic growth in the future?» Smart Use answers this question by linking space, growth, and big data. 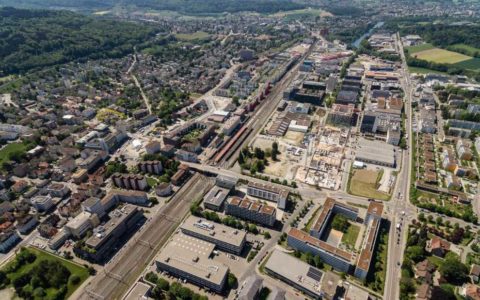