In Hoograven Invites You, project presented last year with the Utrecht Manifest, urban Morocco and urban Holland were compared to extend the frontiers of knowledge regarding the quality of urban environments and human experience with respect to social design. The informal is embraced, its elements and processes defined, and its benefits fed outward into the larger body of the city – and then back through existing networks into the predominantly Moroccan neighborhood and beyond. The neighborhood of Hoograven in Utrecht presents a situation where predominate planning practices have favored a “tabula rasa.” These conditions have not been able to accommodate flexible and dynamic growth. The urban condition now needs a new logic of density, hybridity and informality. This proposal follows a new spirit of urban intervention with physical appropriation, hybridity, production and adaptive reuse.

Different loci of activity, such as the ArtSpot and various PlaySpots, provide a new recreational and cultural campus for the neighborhood of Hoograven. The proposal revitalizes the existing industrial zone through the introduction of the HKU, new student and faculty housing with dedicated commercial zones, and the renovation of the Pastoefabriek, and an integrated art park. A new running track also weaves through the site, connecting these diverse programs to each other and to the existing fabric of Hoograven. The LiveSpot will rehabilitate and extend the existing housing units with the introduction of flexible expansion “jackets.” The jackets provide increased insulation, new water infrastructure, gallery circulation, balconies (both public and private), as well as opportunities for growth. The addition of the jacket allows for the building to be rehabilitated without the necessity of relocating the inhabitants. The urban experience is condensed and made more accommodating through the insertion of new commercial spaces. PlaySpot provides a dynamic sports hub that consists of a Vertical Gymnasium, skatepark, renovated rowing club and an activated pedestrian walkway. The elevated pathway connects the various programs on the site while providing access to each zone. The skate park is placed within an existing wall, adapting a lost structure for a new vibrant purpose. 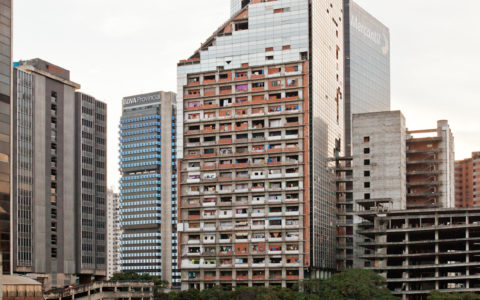 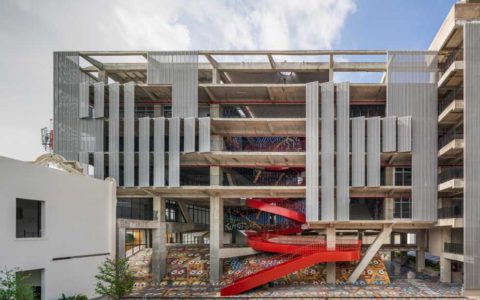 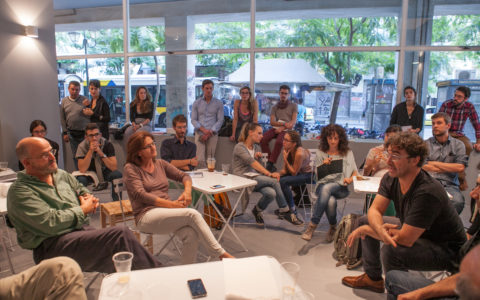