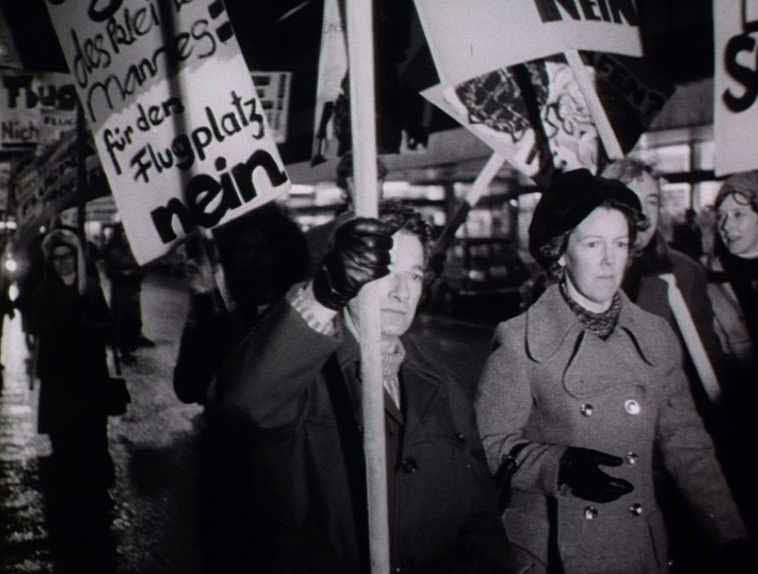 The content of the film is only available in German, French and Italian.

The Grosses Moos area had been intensively cultivated ever since the Jura water corrections. Grosses Moos is one of the largest plains in Switzerland and, thus, had become the locale of several projects requiring large areas of land – including a continental airport (1945–72) and, in Galmiz, a major industrial site (2005); however, neither project was realized.

Link to the archives of Memobase