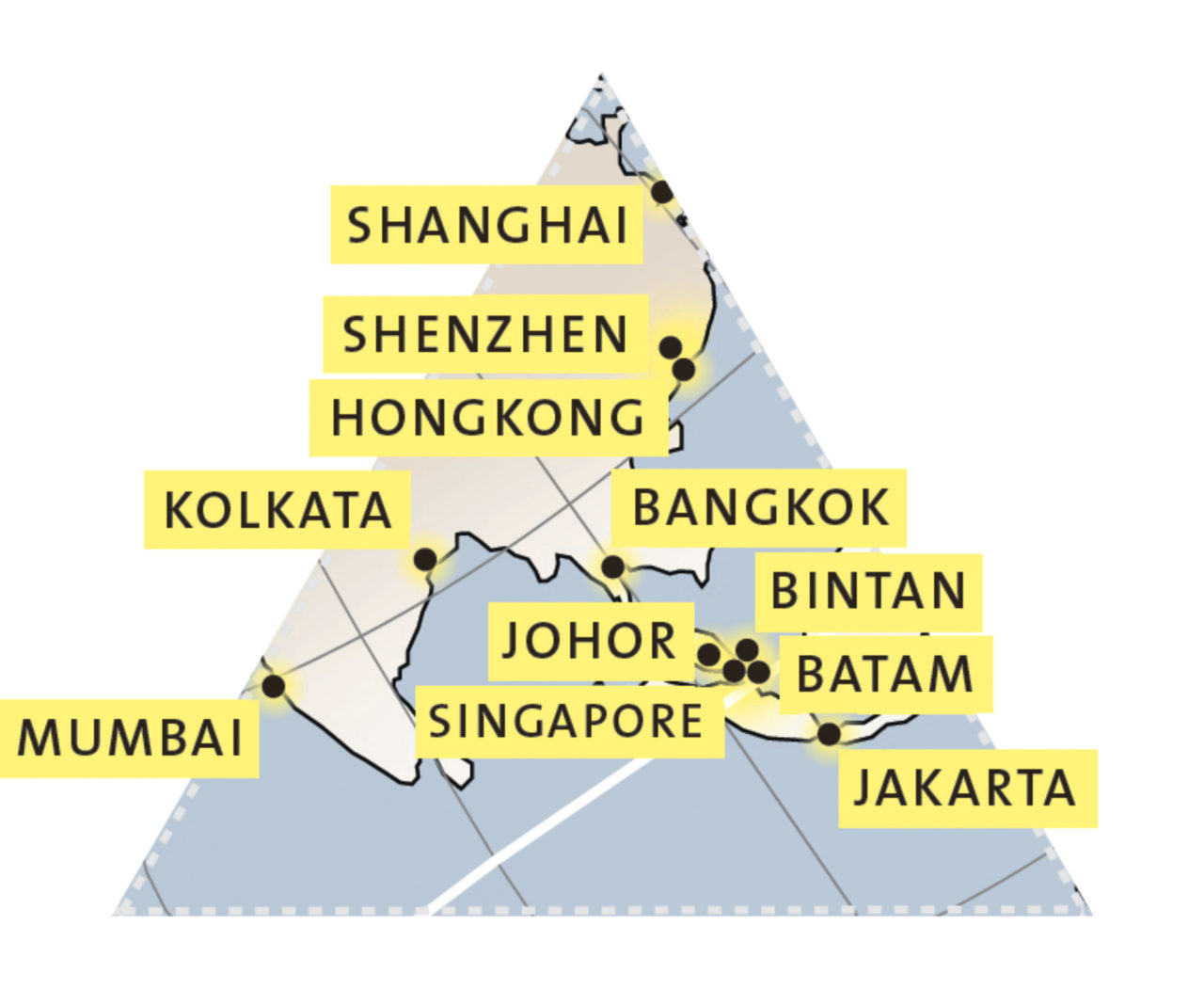 Image: Buckminster Fuller’s Southeast Asia Triangle, which covers 50% of the world's population and 80% of the FCL research sites.