Scales of Water: From Suburb to City (International Summer Academy 2012) 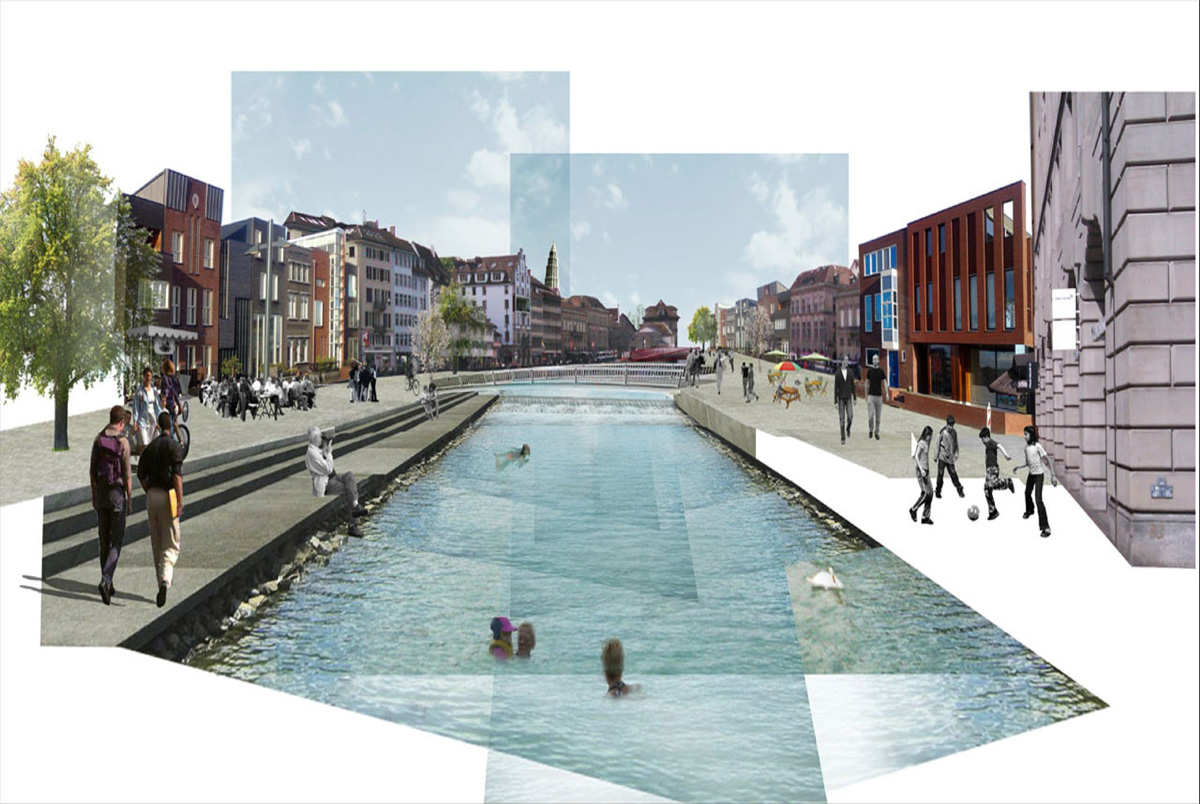 The Architects Group Krokodil asked a simple question to the more than 100 students participating in the International Summer Academy: how can we condense the agglomerations in the Glatt valley to form a city, while preserving the landscape? The design studio entitled Scales of Water led by Christophe Girot and Lukas Schweingruber shows how a precise topographic awareness of the valley can structure both existing and new identities of the fragmented Glatt Valley.

By avoiding zoning plans, utopian schemes or one-liners, Scales of Water proposed specific answers for the valley landscape with detailed design solutions based on existing and improved qualities of water.

Today the Glatt River occupies only a fraction of the valley floor in which it was once dominant. From the beginning of the 19th century, the valley’s meandering rivers and swamps disappeared into channels and culverts. The utilitarian goal of these infrastructures ignored the natural landscape and prepared the valley for unrestrained urbanization structured only by colorful zoning plans. The villages occupying the Glatt Valley have since expanded to form an almost continuous carpet of dwellings, industrial areas and office parks. Structure, local identities and quality of urban space are regrettably missing unity.

By acknowledging the inherent quality of the Glatt River as the backbone of the valley and activator of urban life, Scales of Water focused on seven different areas in the valley that were each identified with their own distinctive qualities: infrastructure, agriculture, city, nature, leisure, culture, sport. The Starting point of the exercise was an analysis of the topography and water system allowing for a precise understanding of the structure of the valley to appear. Important to note is that the students were encouraged to operate without any romantic sentiment; the natural landscape was as much a starting point to the design studio as the concrete infrastructures from the highway and the water channels.

With the help of CNC milling and model projections, the landscape project showed convincing answers for a new structure of the valley with specific design solutions. Instead of zoning plans, the proposals were illustrated with sections and views at the larger scale of the valley down to the details of the different water edges. The workshop shows that with the help of large-scale visualization and modeling we do not need to leave larger scale questions open to urban planners, instead are now able to engage actively in the making of urban landscape for the future.

Scales of Water was sponsored by the department of Architecture of the ETH Zurich.