Thinking Through People: The Potential of Volunteered Geographic Information for Mobility and Urban Studies 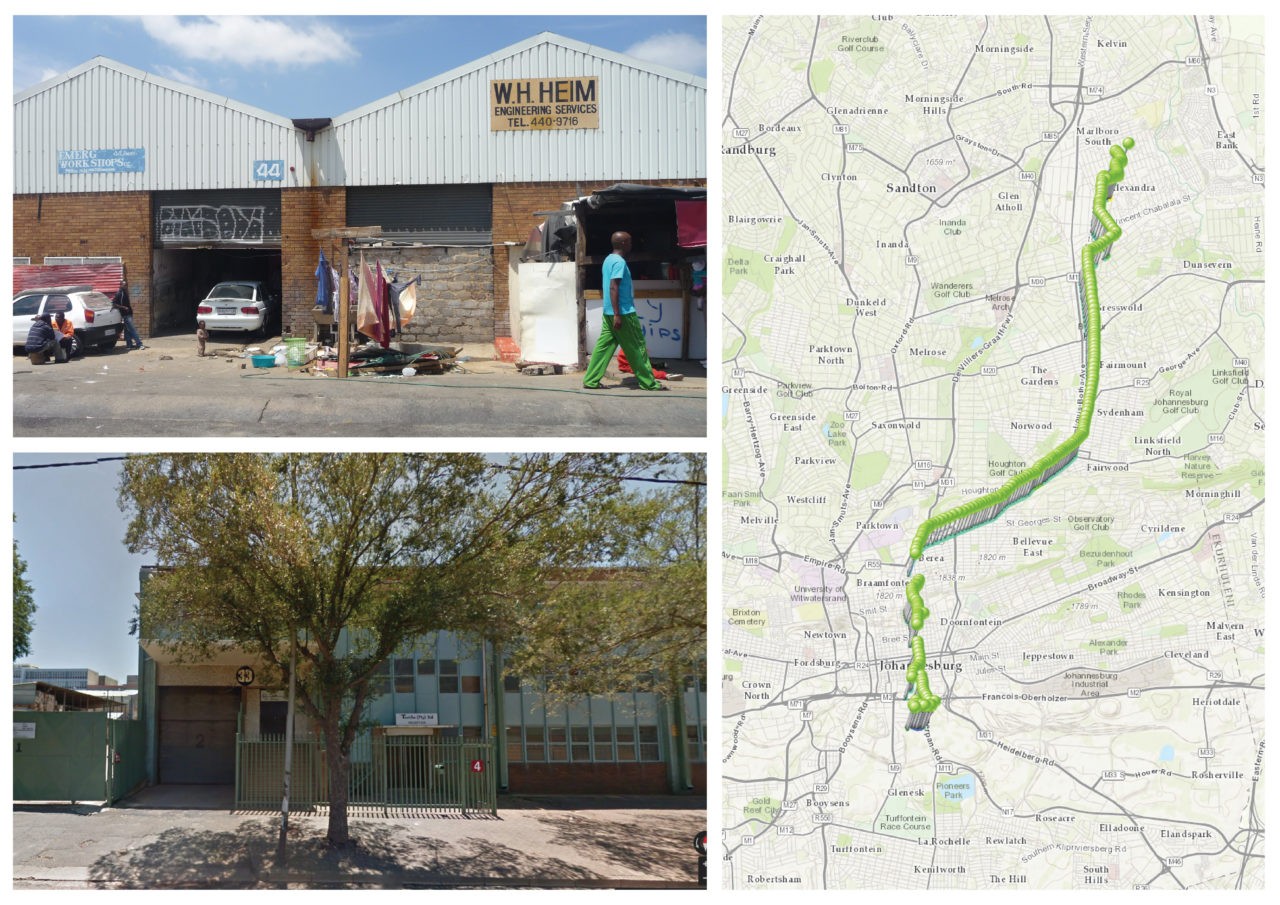 Place of residence in a «residential factory,» pathway to work on a weekday in July, and place of work for study participant «Amusa,» an employed woman in her late thirties (clockwise from top left). © Lindsay Blair Howe, ETH Zurich


Despite the ‘mobility turn’ in urban studies, there is surprisingly little research into the role people’s everyday movements play in driving urbanisation processes.

As this paper discusses, one reason this has not occurred is because understanding this relationship requires both quantitative and qualitative knowledge, including geospatial locations and patterns as well as why people choose to move the way they do.

Few studies employ mixed methods to this end; instead, many quantitative approaches focus on the use of big data and many qualitative approaches remain focused on sites themselves rather than the movements between them. This methodological gap can preclude operationalising findings and proves particularly detrimental when research is conducted into areas with high levels of poverty and inequality. In response, this paper presents a mixed-methods approach to studying urbanisation, using volunteered geographic information (VGI) to map regional-scale movements in the Gauteng City-Region (GCR). Exploiting the potential of smartphone technology, this methodology operates at the interstice of quantitative and qualitative research, describing both macro-scale mobility patterns and the micro-scale decisions behind them. Using the case study of the GCR, it highlights movement as a strategy for those living in poverty, who can utilise the entire region as a resource to subvert entrenched inequality. ‘Thinking through people’ suggests that a new ontology of categories describing urbanisation processes in terms of movement could connect empirical research into poverty and inequality to theory, and be used to create an epistemology of the urban from below. Thus, this paper contributes to advances in urban studies methods as well as to debates on urbanisation, relational poverty and socio-spatial inequality.