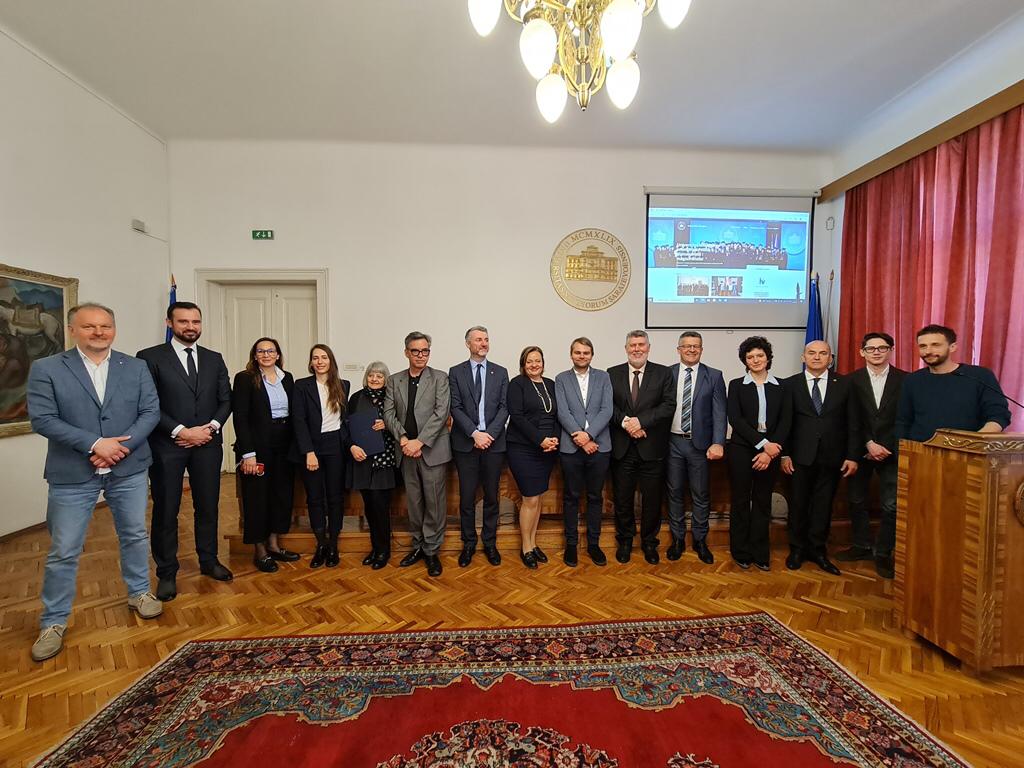 Details from the text:

Prof. Hubert Klumpner from the Swiss Institute of Technology in Zurich (ETH Zurich) explained that the term urban transformation implies infrastructure, energy and mobility, but also much more.

“This is absolutely about the quality of life. However, that may sound a bit abstract. The goal of everything is to keep the young, and at the same time not to neglect the elderly „, he states, and adds that this is also a public space. „It should be both green and blue, so an open and lively space, not cluttered with vehicles. And finally, this is about equal opportunities for all. Because we are working on the safety of all citizens of Sarajevo „, concluded Professor Klumpner.

He pointed out that all of the above is not an easy task, but that their work will begin with sketching the terrain, planning and preparing tools, and that the final result will only and exclusively benefit the citizens.

The agreement focuses on the following components of the project:

The signing of the Agreement was accompanied by the opening of the exhibition „Climate Corridors Sarajevo“, which shows integrated urban strategies and design of prototype architectural projects for Sarajevo. Transformable visions were developed during the joint design study of UNSA and ETH Zurich by undergraduate and postgraduate students from Bosnia and Herzegovina and Switzerland. The opening of the exhibition was held on April 11 in „Urban Design Studio Sarajevo“, the working and presentation space of the project which acts as a symbiosis of design and imagination with the Sarajevo public and all interested parties during the UTPS. The Night of Architecture „Urban Transformation“ will be held on April 12 in „Urban Design Studio Sarajevo“.