Critically Thinking and Acting on the Ground: An Interview with Christophe Girot 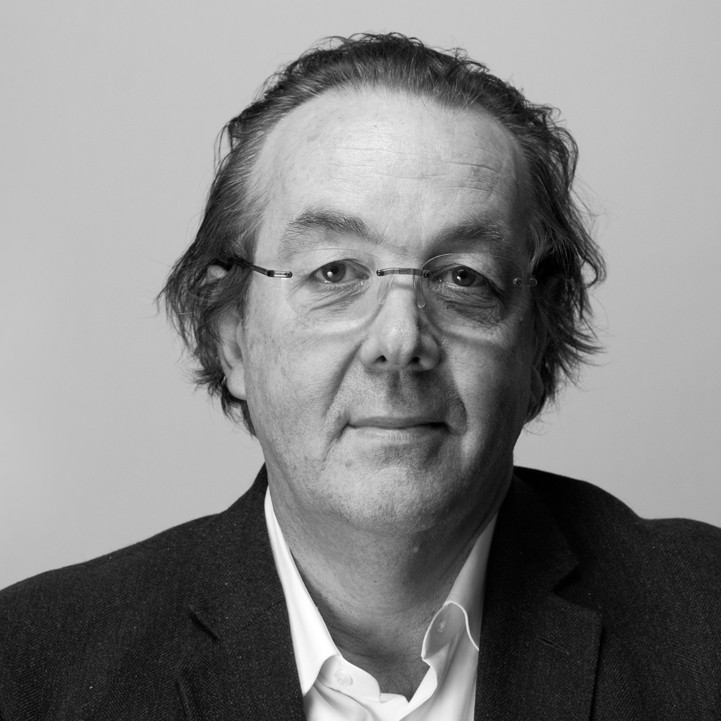 Christophe Girot started as visiting professor in 1999 shortly after the death of professor Dr. Dieter Kienast, he became professor at ORL and chair of landscape architecture at the ETH in 2001. He has substantially fostered and developed the discipline of landscape architecture within the Department of Architecture and received the ETH Golden Owl award for teaching excellence in 2016. His emeritus status is forthcoming in February 2023. Time to look back over two decades of teaching and research, during which the chair of Christophe Girot was also an essential part of the NSL.

The NSL was formed out of the former ORL (Institut für Orts-, Regional- und Landesplanung). How were you involved in its foundation? Furthermore, where did you see the potential for the academic field of landscape architecture in such an interdisciplinary network?

I was the last elected ORL professor at the ETH Zürich. Shortly after my nomination I was asked to work together with Alain Thierstein, Willy Schmid, Vittorio Magnago Lampugnani, Kay Axhausen and Hans Kollhoff to rethink the entire ORL in the «ZORL» Zukunft ORL initiative which led to the Creation of the NSL network. I have always believed in the strength of interdisciplinary work at NSL, the LVML lab that I share with Adrienne Grêt-Regamey is a good example of this kind of network.

How has the position of landscape architecture evolved in the context of the NSL?

The position of landscape architecture has evolved from a rather marginal position during the 1990’s to becoming an essential part of the architect’s education. Three factors contribute to its strengthening:

You became professor of landscape architecture at the ETH Zürich as successor to Dieter Kienast. What were your ideas and visions for this chair at that time?

From the onset I decided to develop three distinct areas of teaching and research by creating three mini labs within my chair: The History and Theory Lab, the Media Lab, and the Design (Entwurf-) Lab. Each of these mini labs was in turn supported by doctoral researchers, supported by either SNSF, NCCR, or FCL grants.

Your chair developed and established the concept of Topology, which aims to create a particular intelligence of terrain by encompassing all matters of continuity and complexity through the recognition of landscape features embedded in the value of common ground. What are the most important aspects that Topology can contribute to the field of landscape architecture?

Topology is a term today that belongs mostly to the field of mathematics, yet its roots can be found in Greek Philosophy, meaning the intelligence of ground surface and place. Topology is to the landscape architect what Tectonics is to the architect. It is the hidden law that keeps a place together and coherent for both human and natural processes. The concept of Topology, was developed at my chair ten years ago when we set off on a retreat to the Monte Verità with three researchers: Anette Freytag, Albert Kirchengast, and Dunja Richter. A symposium and both a Pamphlet publication and Landscript publication ensued in that year. Topology is actually now more of a method than a concept taught across the board at my chair. All our studios now teach topology, where students are asked to modulate terrain with software like «Docofosor», developed by Dr. Ilmar Hurkxkens, which enables students to work on new topographies for remedial landscape designs, that are both resilient and more ecological. The point-cloud methodology enables students to operate interventions on the terrain in very difficult situations. The Guerbe River Studio done in the framework of the NCCR for digital fabrication, for instance showed us how the 120 concrete check dams built against the risk of a massive debris flow, could be removed and the terrain entirely remodeled robotically to accommodate such events safely.

You have been a dedicated teacher of design practice as well as the history and theory of landscape architecture. Other important educational contents are the audiovisual investigation of the landscape and our perception of it. In your opinion, what were the benefits of integrating these different approaches into one chair?

I believe that landscape aesthetics and perception change with each epoch. Our attention to the impact of the moving image on landscape aesthetics through video still needs to be further investigated. The D-ARCH has a long video history, which started with the courses offered by Rudolf Manz at the Globus Provisorium in the mid 1970’s. This course was very much part of an underground counterculture movement that lasted for over 20 years at the school. I inherited interest in video from Marc Schwarz, who was previously an assistant of Manz and then of Kienast before working with me. The shift from video to point cloud animations came later with the creation of the LVML. The audiovisual investigations that we have done on the Gotthard Pass and on the melting Swiss glaciers and waters has led to the production of significant prize-winning publications in the form of illustrated LPs. It is important to always be alert on the visual thinking that conditions our gaze upon the world that surrounds us. I just could not imagine my chair without this most vital subjective point of view.

How have your teaching and research activities influenced each other?

Yes indeed, there has been a very interesting level of exchange between research and teaching, particularly in the realm of design research studios that tend to combine both aspects, like the current FCL studio that we are doing in Madagascar, or the NCCR robotics studios, which provided solid research results that helped refine the design of software for our purpose. I would definitely encourage such cross fertilization further.

What are your key considerations you want to pass on to the next generation of landscape architects?

I would say, stay aware about the importance of cultural differences when approaching questions of landscape design. The American Landscape School has dominated the scene for the last 30 years with its approach to mapping and landscape urbanism. I believe that each place has a unique culture and language of its own that should be fostered. So, my recommendation to the next generation of landscape architects would be to acknowledge these differences and to work as finely as possible with them. I would tell them to stay local and culturally aware and to beware of the trend towards globalized and standardized solutions. Each place must learn to adapt in its very own way.

Emphasis at the chair of Christophe Girot is given to large-scale landscape design and modeling methods, new media in landscape analysis and perception, and the history and theory of Western landscape architecture. Christophe Girot was a founder with Prof. Dr. Adrienne Grêt-Regamey of the LVML (Landscape Visualizing and Modeling Laboratory) in 2009 and the AV Lab (Audio Visual Lab) in 2012, which have enabled significant advances in applied landscape design methods and point cloud modeling. In 2003, he established the Master of Advanced Studies in Landscape Architecture postgraduate programme, in 2005 he founded the ILA (Institute of Landscape Architecture, now Institute of Landscape and Urban Studies LUS), and in 2019, together with Günther Vogt and Teresa Galí-Izard, he conceived the curriculum with Dunja Richter of the Master of Science in Landscape Architecture programme at the Department of Architecture at the ETH Zürich. 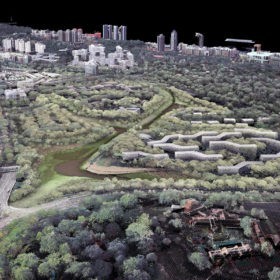 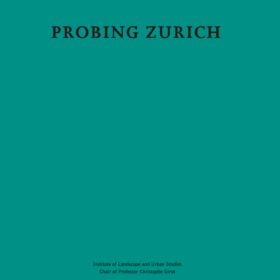 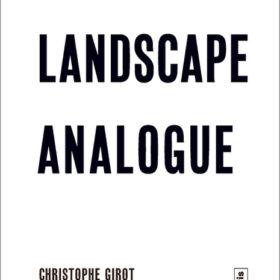 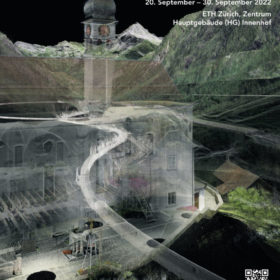 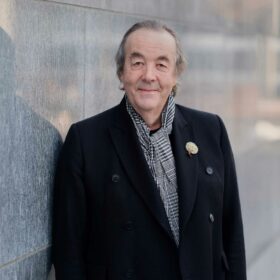