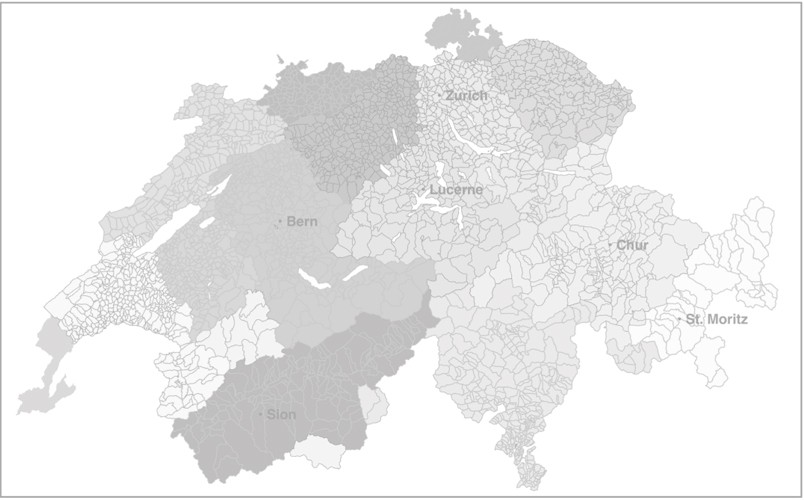 In theory, urban scaling laws and polycentric development are two well-known concepts developed to increase our understanding of urbanisation and its socio-economic effects. In practice, however, they fall short to explain the socio-economic status of urban regions. The urban scaling concept is constructed from a theoretical perspective, but functional relationships between urban centres are not taken into account in scaling models. In contrast, the concept of polycentricity is developed from a practical perspective and incorporates the socio-economic effect of relationships between urban centres in the process of urban development. However, polycentricity lacks a theoretical foundation, which would explain the socio-economic status of urban regions. In this study, we assess whether combining both concepts improves the ability to explain personal incomes in metropolitan areas in Switzerland. We first delineated metropolitan areas by implementing a modularity maximisation algorithm on the settlement network. Nodes in this network are Swiss municipalities and links are inter-municipal commuter flows. We found a strong relationship between the hierarchical organisation of functional connections within metropolitan areas and the socio-economic status of these areas. Both concepts were complementary and combining them proved to enhance the ability to explain socio-economic status. The combined model is a theoretical progress, which complements the traditional approaches and increases our understanding of cities and urbanisation processes.