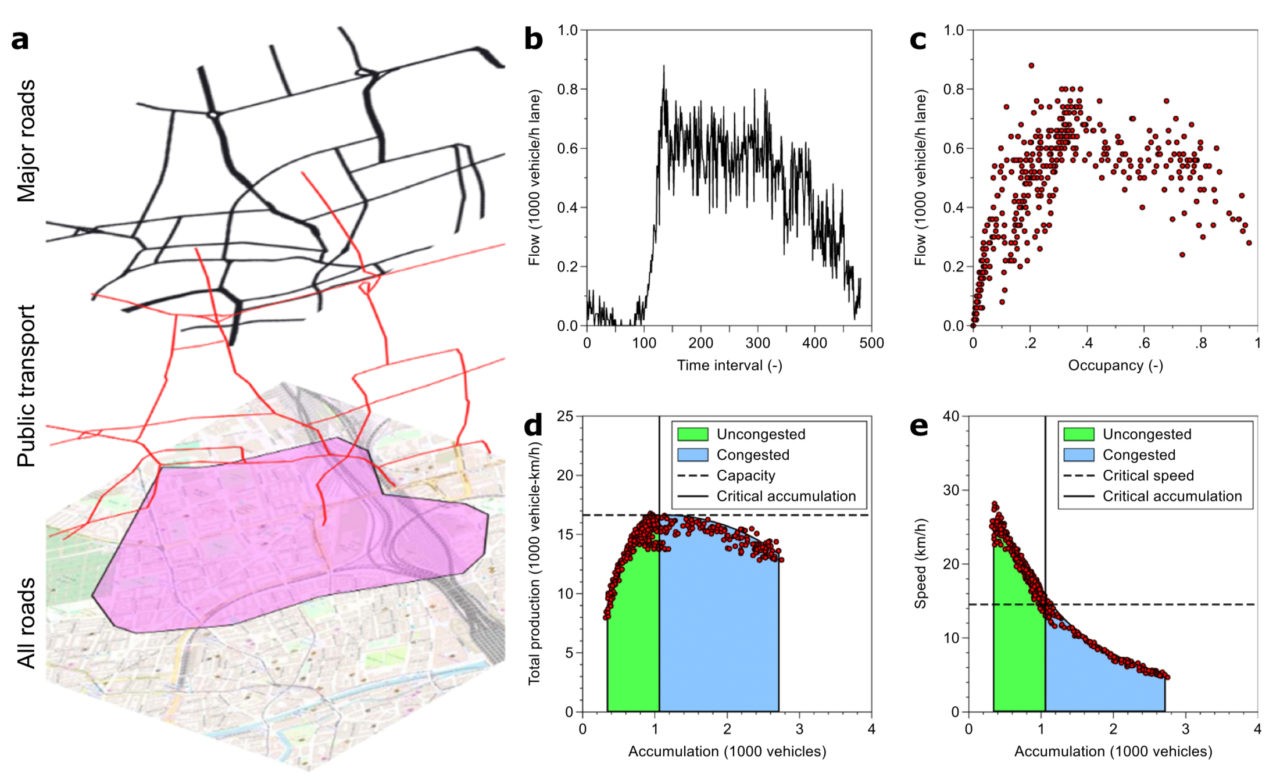 Figure 1. Traffic in urban road networks. (a) Shows the layers of urban transportation networks. The city with all streets forms the basis, where a major road network takes over the connecting functions and then the public transport system. Background map is courtesy of OpenStreetMap. (b) Time series of a single detector on a street in Zurich, and (c) the corresponding scatter plot of detector occupancy versus flow. When aggregating al measurements in the purple area in (a), smooth curves in the flow-density domain (d), and in the speed density domain (e) emerge.

However, until now, a holistic understanding of this critical point and an empirical quantification of its driving factors has been missing. Here we show with billions of vehicle observations from more than 40 cities, how road and bus network topology explains around 90% of the empirically observed critical point variation, making it therefore predictable. Importantly, we find a sublinear relationship between network size and critical accumulation emphasizing decreasing marginal returns of infrastructure investment. As transportation networks are the lifeline of our cities, our findings have profound implications on how to build and operate our cities more efficiently.