Image of the Temporary, Seminarweek HS12

Airports and Cities is a research platform that brings together projects investigating the complex and multi-faceted reciprocity of urban and airport development to better understand the contemporary city and its mechanisms of urbanization.
Urban development is strongly determined by transport infrastructures. Many railway stations were initially positioned outside of the city limits but have long since developed into urban centralities, and tramways and highways were among the most important conditions for the extensive growth of cities far into the surrounding region. Presently, air travel is the most rapidly growing transport sector. International flight connections are especially important for cities competing globally. Airports have thus become the reference point for the meeting between global processes and local aspects.Accordingly, the relationship between airport and city is and will be formative for urban development today and over the coming decades.
The growth of air travel confronts planning with new challenges. Cities rapidly develop around the new traffic nodes, with effects such as settlements in areas with heavy noise. Also, airports change the overall transport system and become important centres of the metropolitan region with uses such as shopping or leisure. For this reason, the Chair of Prof. Kees Christiaanse focuses on a deeper understanding the reciprocity of airport and city development as a point of departure for research and teaching activities on the contemporary city.
Work of the research platform is based on specific case studies with hub airports near their urban core, such as Zurich, Munich, Paris, Amsterdam, Singapore or Hong Kong. As each of these urban systems is highly specific, the interaction of the city with the airport is studied closely and from different perspectives. In Europe, Zurich and Amsterdam will be used as the model for the analysis of development processes and urban typologies in areas around airports. In the multi-partner research project, Better Airport Regions (2012–2014), these cases served as the foundation for developing recommendations on how to improve integration of airports and cities and how to work out sustainable strategies for airport and urban development. Paris is the focus of the SNF funded projects on the development of planning fundamentals for urban airports: The Case of the Paris Airport (2014–2017), in which spatial management was investigated in relation to the changed context and priorities of the planning. In the publication, The Noise Landscape(2017), an attempt was undertaken to obtain a comprehensive overview of the connections between aircraft noise and spatial development through a comparison of eight airports in Europe. The work also serves to supplement current conceptual models of cities from the perspective of airport regions.
In addition to the activities of the Chair of Prof. Kees Christiaanse, collaborations were developed with the SEC/ETH Future Cities Laboratory Singapore, the Chair for Sustainable Urbanism at the TU Munich (Prof. Mark Michaeli) and the Laboratory for Techniques, Territories and Societies at ENPC Paris. Various cooperative activities followed in teaching, research and publishing projects with partners from academic circles, public authorities and industry. As a partner of his office’s KCAP, Prof. Kees Christiaanse has had long-term and comprehensive experience with airports, for example, he was a leading planner for Schiphol Airport and an advisor for Kloten Airport. 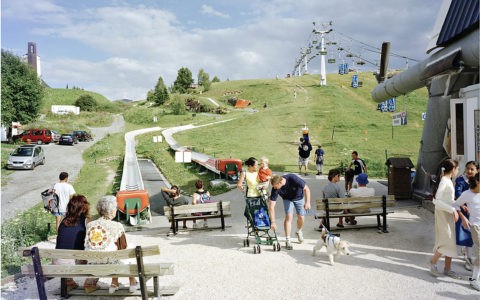 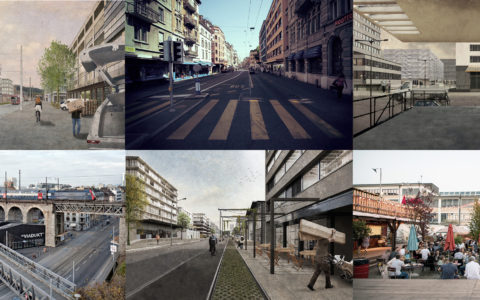 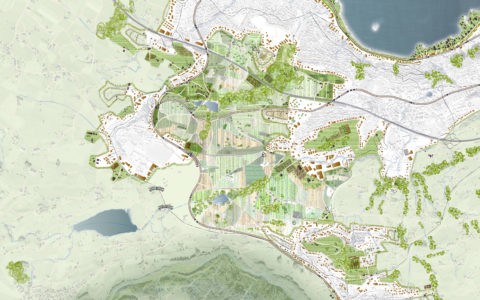