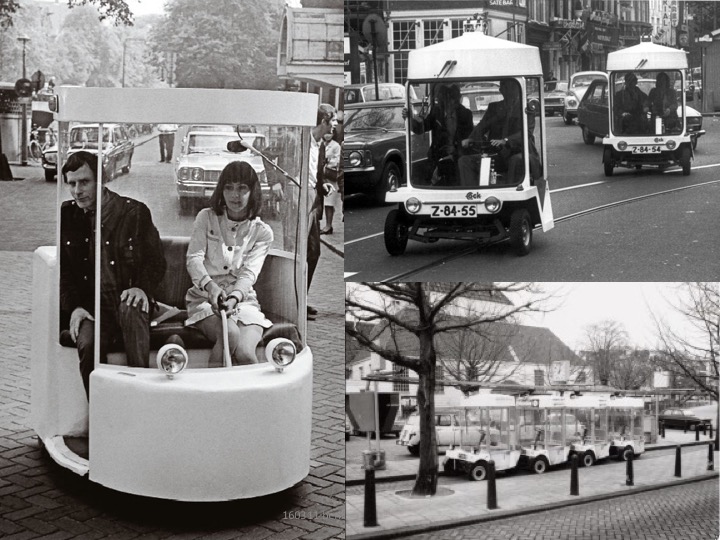 Provo also invented the Witkar, a two-seater electric car, which could be fetched and returned at some 10 recharging stations. Witkar ran from 1974 to 1986. Despite its long charging time, the small number of stations and the distribution problems, the Witkar is the precursor of the current electric car and car-sharing systems. Ex-Provo, Luud Schimmelpennink, still works on integrated menus and pay systems to combine walking, cycling, car-sharing, taxi and public transit. Such interfaces between digital space and physical space mark the arrival of convincing and effective urban software, contrary to ‘Smart City’ rhetoric.