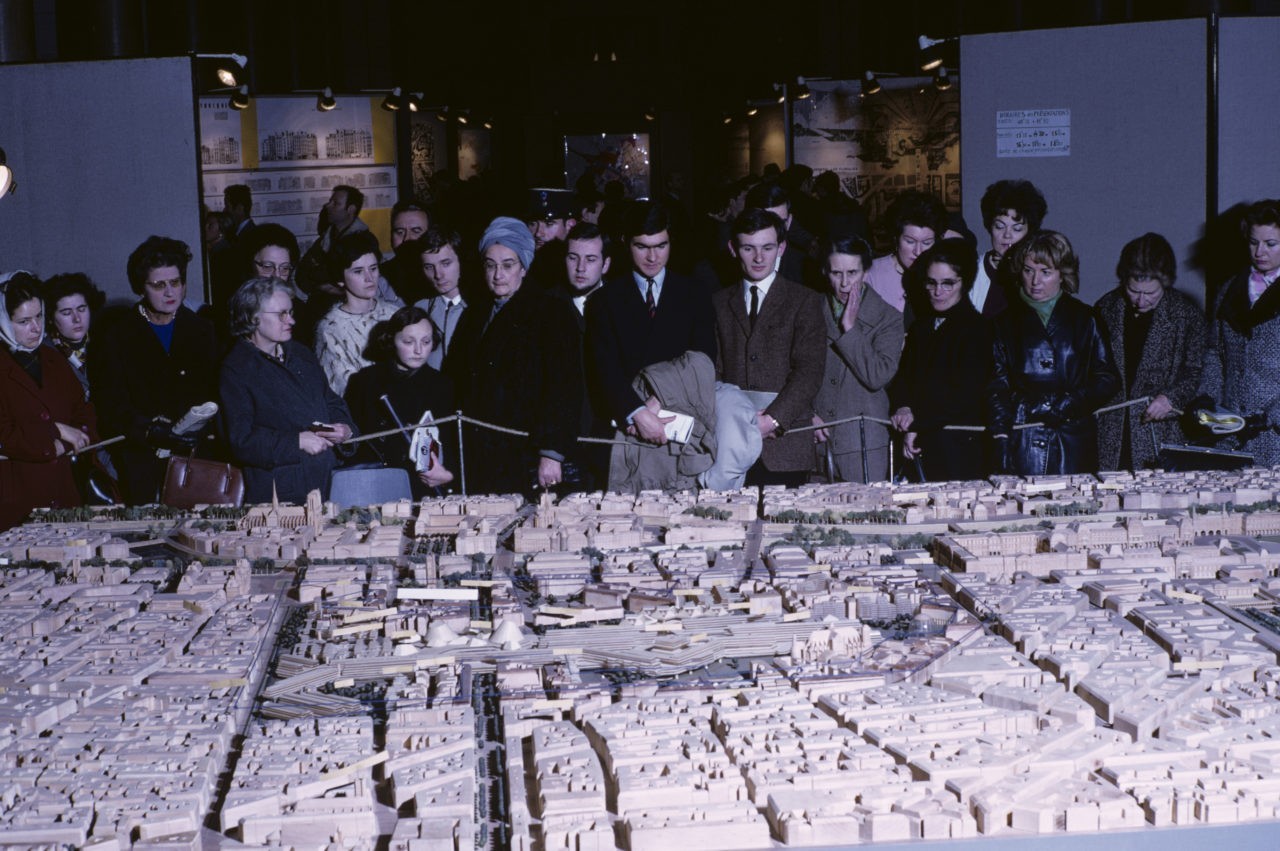 The urban scale model of the project of Les Halles is presented to the public, Paris, 1968. (Photo by Georges Melet/Paris Match via Getty Images)