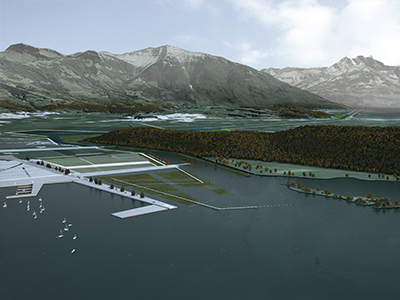 Student project by Jacqueline Frizi & Sofia Prifti. Areal overview introducing the vegetation types that form three microenvironments and the system of pathways for walking and biking, with their variations according to the spot on site.