The Professionalization of a Social Movement: Housing Cooperatives in Uruguay 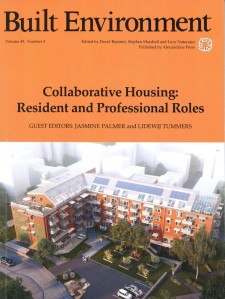 Uruguay’s housing cooperatives‘ approaches and achievements are increasingly a source of inspiration for housing movements across the world. At present, in a country with a population of only about 3.5 million people, there are over 2,000 housing cooperatives providing affordable and good quality housing to approximately 30,000 households. The paper focuses on the historical and current role of the cooperative movement in the provision of adequate and affordable housing.

Housing cooperatives emerged in Uruguay in the late 1960s, relying on a tradition of self-help construction processes and building on the organizational capacity of strongly unionized workers. Thanks to their official recognition by the 1968 National Housing Law and subsequent substantial government support, housing cooperatives expanded rapidly, particularly during the years prior to the military dictatorship that ruled the country from 1973 to 1985. They flourished again under the progressive government led by the Frente Amplio which was democratically elected in 2005. The paper analyses the societal, political and institutional factors that explain the success of housing cooperatives in Uruguay. It identifies how the housing cooperative federations, together with government, and the institutes for technical assistance enable cooperatives to engage in increasingly complex housing and neighbourhood development projects. It is shown that housing cooperatives in Uruguay are not only a social movement fighting for the right to housing for all, but also a highly professional provider of affordable housing through a participatory, socially-inclusive, bottom-up, but also highly institutionalized approach.

This article was published in the journal «Built Environment», Volume 45, Number 3 on «Collaborative Housing: Resident and Professional Roles»

With an emphasis on crossing disciplinary boundaries and providing global perspective, each issue of the journal «Built Environment» focuses on a single subject of contemporary interest to practitioners, academics and students working in a wide range of disciplines. Issues are guest-edited by established international experts who not only commission contributions, but also oversee the peer-reviewing process in collaboration with the Editors. The journal is abstracted in Geo Abstracts, Sage Urban Studies Abstracts, and Journal of Planning Literature, and is indexed in the Avery Index to Architectural Publications.