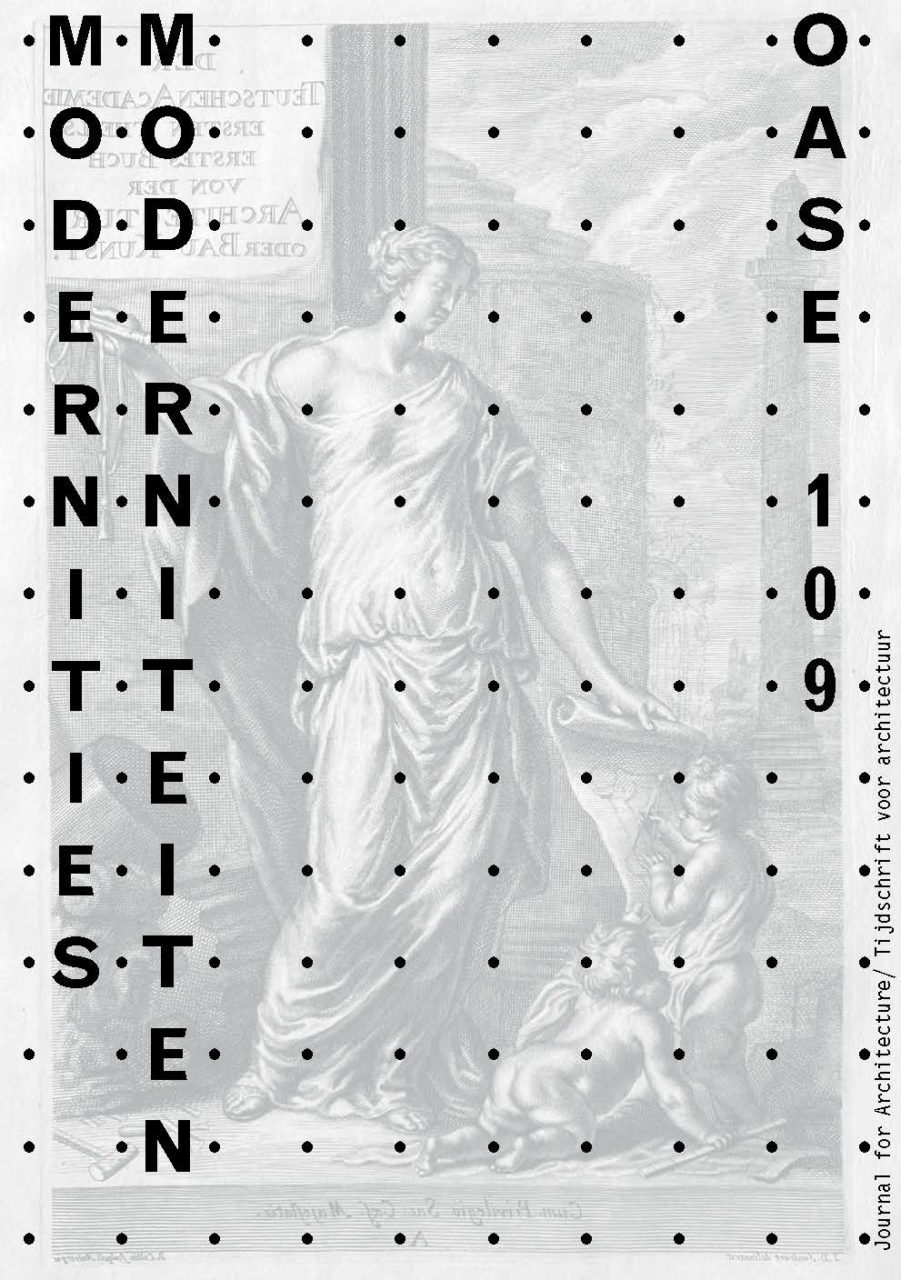 In the 1970s and 1980s, this question was usually considered from the seemingly mutually exclusive points of view of the modern, the anti-modern and the postmodern positions. The lines dividing these positions were also directly linked to certain formal-aesthetic choices, even in terms of the care of existing buildings and the preservation of monuments, in which the boundary between new and old is arbitrary by definition.

Over the past two decades, contemporary European architecture developed a different frame of reference, one in which the horizon is no longer provided by the architecture of the modern movement. Historical typological principles, compositional approaches and material logic are also experienced as modern and they provide the starting point for the design.

OASE 109 traces how, against the background of this broadening frame of reference, a different understanding of modernity emerged.