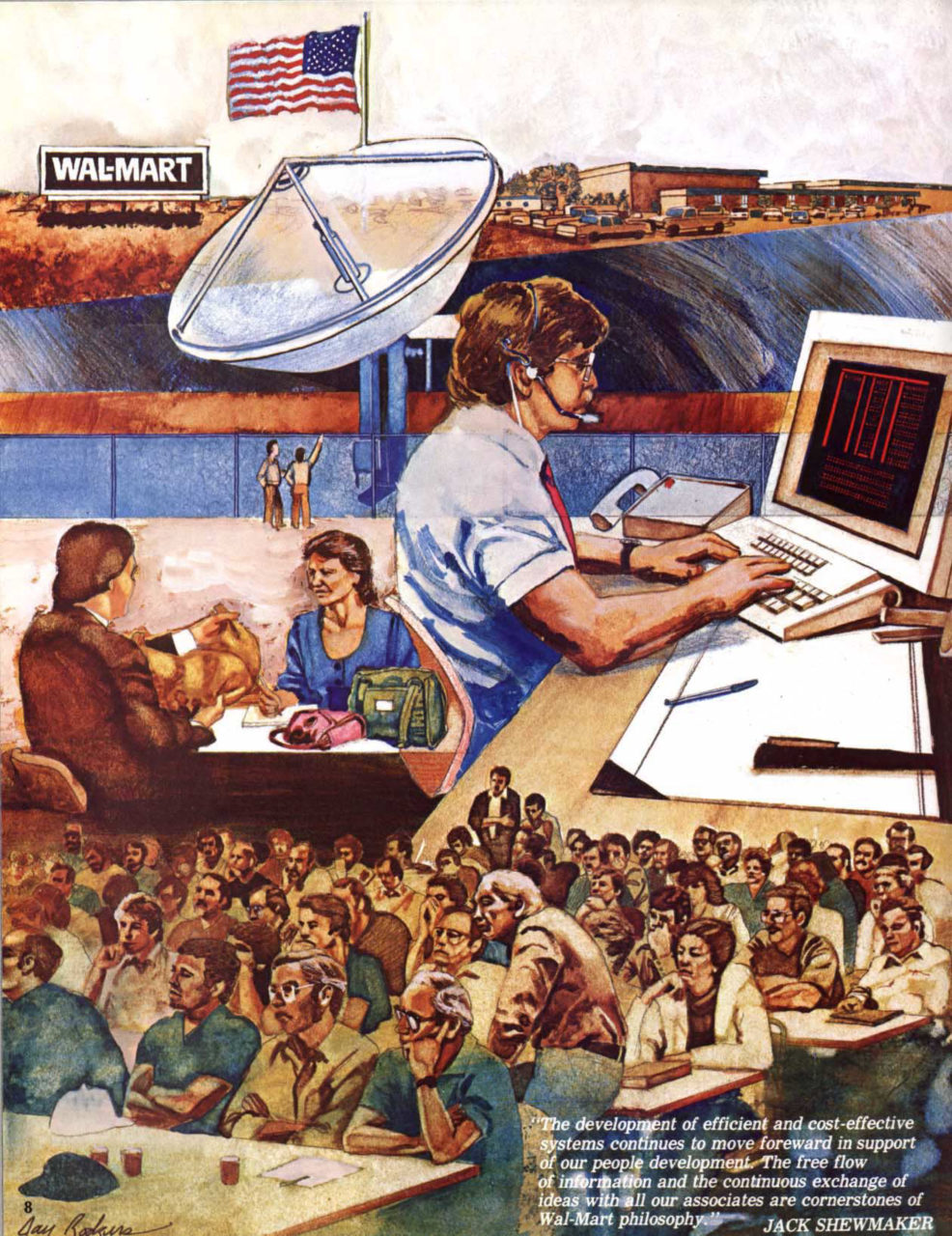 Illustration from Walmart’s Annual Shareholder’s Report, 1986. The caption reads, «The development of efficient and cost-effective systems continues to move foreward [sic] in support of our people development. The free flow of information and the continuous exchange of ideas with all our associates are cornerstones of Wal-Mart philosophy.»