Co-opolis: The Collective Production of the City

As urbanization intensifies all over the world, so do contestations over how city space is produced. Citizens, politicians, urban designers and architects become increasingly aware of the fact that the city can no longer be solely developed as the playing field of private interests or of state ideologies. Instead, they propose to look upon the production of the city as a ‘common matter’, guided by common codes and the care for common resources.

This colloquium aims to explore the collective production of the city from two angles. Firstly, it examines how the city may be understood as a matter of ‘common codes’, a set of implicit rules that represent shared cultural beliefs and allows urban designers and architects to contribute to the common good. Secondly, it probes into the ways that ‘common actors’, such as housing cooperatives and neighbourhood associations with interest in shared resources, provide alternative, often more creative ways of producing the city than the predominant logics of the state and the market.

Exhibition: Sesc and the City: A Social Archive

Under the umbrella of the not-for-profit private institution Sesc (Serviço Social do Comércio), more than thirty social welfare centres provide affordable cultural, leisure, health and educational facilities to all inhabitants in the region of São Paolo. A substantial network of Sesc centres becomes an agency for the production of city life in the various neighbourhoods. The exhibition focuses on the Sesc as collective actor in the everyday life of São Paolo, asking how the architecture of these urban figures contributes to the everyday life of citizens. The exhibit will feature six Sesc Centres, covering a variety of functions and configurations, including Sesc Pompeia, Lina Bo Bardi’s factory for the production of city life, and the recent SESC 24 de Maio, designed by Paolo Mendes da Rocha and MMBB Arquitetos as a 14-storey mammoth lodged in the dense urban fabric. These case studies are accompanied by the Social Archive that recorded the voices, stories and visual testimonials of Sesc users during the XII International Architecture Biennial of São Paolo in 2019. 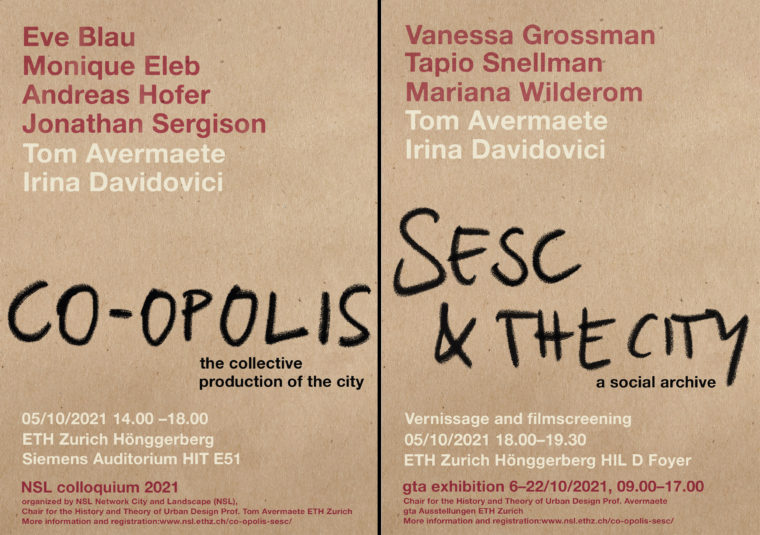 Programme Sesc and the City