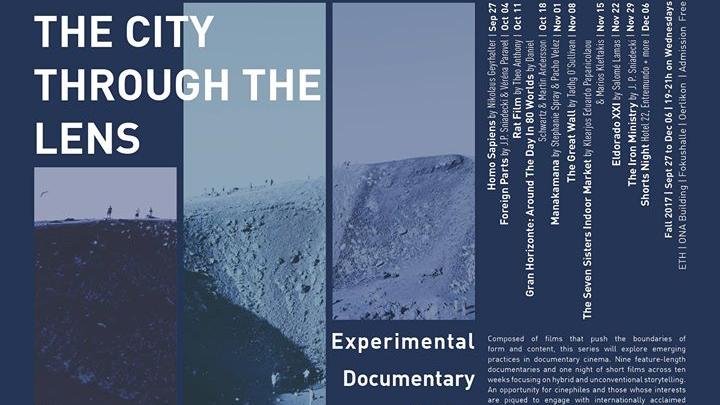 Composed of films that push the boundaries of form and content, this series will explore emerging practices in documentary cinema. Nine feature-length documentaries and a night of short films across ten weeks focusing on hybrid and unconventional storytelling. An opportunity for cinephiles and those whose interests are piqued to engage with internationally acclaimed documentaries and filmmakers operating at the intersection of art, sociology, anthropology, and urbanism.

This event series is connected to the elective ACTION! On the Real City: Observe, Record, Edit: Oerlikon, but is open to all students and members of the public.