In the last decades, urbanization has become a planetary phenomenon. Urban areas expand and interweave, and novel forms of urbanization emerge. In this process, new urban configurations are constantly evolving. Therefore, an adequate understanding of planetary urbanization must derive its empirical and theoretical inspirations from the multitude of urban experiences across the various divides that shape our contemporary world. Urbanization has to be considered an open process, determined as much by existing structures as well as by constant innovation and inventiveness. This NSL Kolloquium presents different research perspectives on recent urban developments.

AbdouMaliq Simone is an urbanist and research professor at the Max Planck Institute for the Study of Religious and Ethnic Diversity and visiting professor of sociology at Goldsmiths College, University of London. He has worked for three decades with practices of social interchange, cognition, local economy, and the constitution of power relations that affect how heterogeneous African and Southeast Asian cities are lived. His work deals with a multiplicity of propositions and capacities for relationships that remain untapped in popular districts across urban Asia and Africa, even though they are deployed everyday.

Wing Shing Tang has a Ph.D. from the University of Cambridge, England. He is a professor at the Baptist University of Hong Kong where he teaches Urban Geography and Planning. His research is on globalization and Chinese cities, urban planning in Hong Kong, Shenzhen, Guangzhou, Shanghai and Beijing. He engages, beneath other approaches, with Henri Lefebvre’s theory of the production of space. In his talk he argues that Hong Kong has a distinguishable path of urbanization inflicted by British colonialism, yet in a space regulated by the Chinese spatial administrative hierarchy of town-within-country and customary land practices.

The second part of the colloquium presents an encompassing insight into the work and the results of the research project Planetary Urbanization in Comparative Perspective conducted in the framework of the ETH Future Cities Laboratory Singapore. It is a comparative study of urbanization processes in eight large metropolitan areas across the world: Tokyo, Singapore, Hong Kong / Shenzhen / Dongguan, Kolkata, Istanbul, Lagos, Paris, Mexico City, and Los Angeles. According to the broad sample of cities brought together in this research, a specific methodological design was applied mainly based on qualitative methods and a specifically developed method of mapping. The main goal of this project is an analysis and comparison of the variegated patterns and pathways of planetary urbanization in order to develop a new vocabulary that allows a better understanding and apprehending of the contemporary urban condition. In the course of this project, which is now in its final stages, the research team developed a series of new categories of urbanization. It will present and discuss the following categories: popular urbanization, plotting development, bypass urbanism, multilayered patchwork urbanization, incorporation of urban differences, and mass housing urbanization. 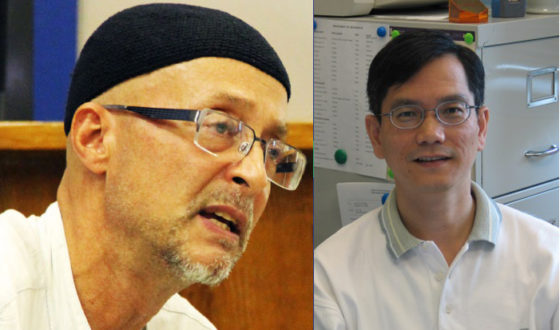 Plakat A3
Flyer A4