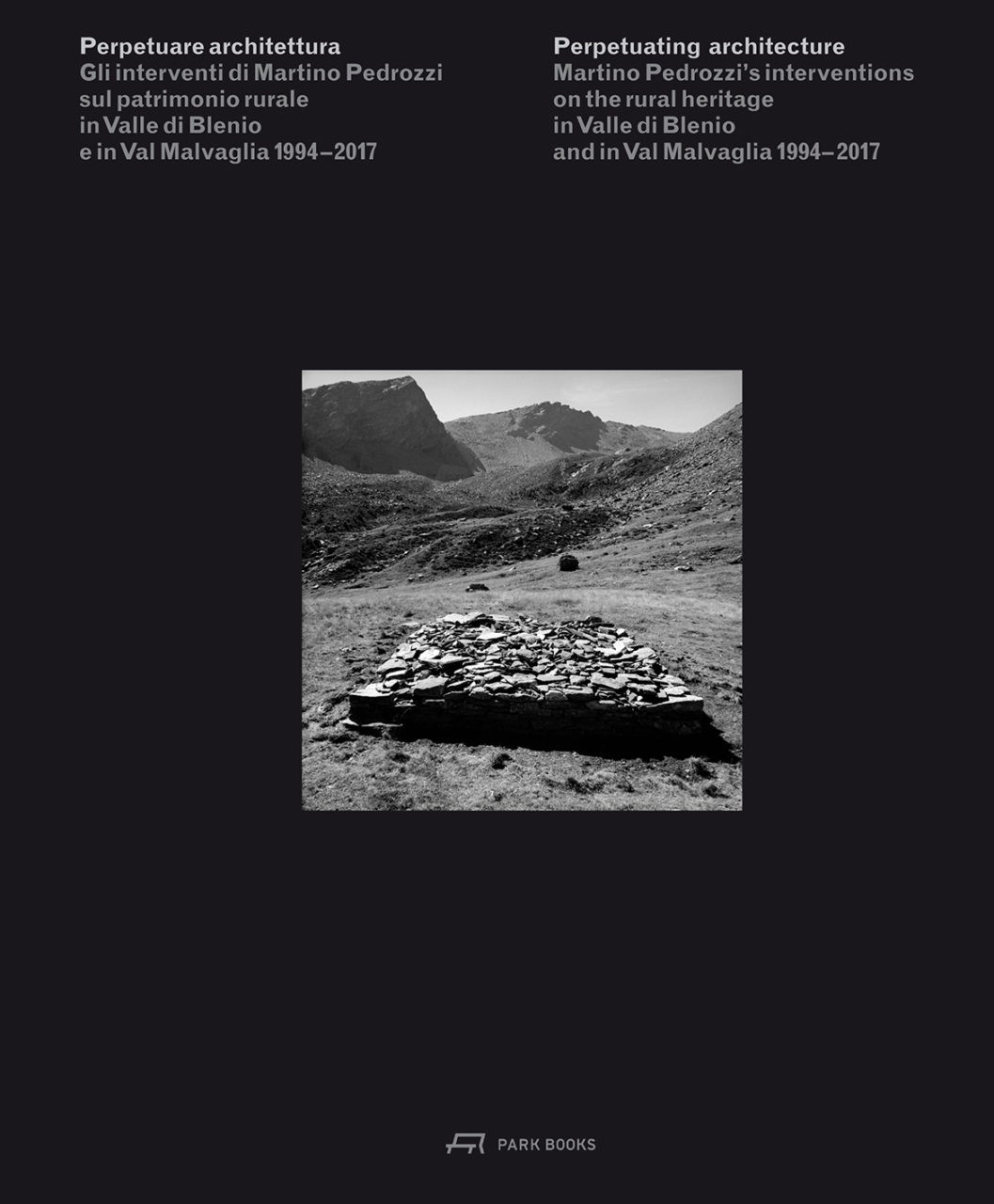 For more than twenty years, Martino Pedrozzi has been working on the partial reconstruction of derelict dwellings on alpine pastures in the mountains of southern Switzerland. His interventions in Valle di Blenio and Val Malvaglia, at altitudes around 6,500 feet, are part of a plan to protect and preserve the cultivated landscape that was shaped by generations of local farmers grazing their cattle. Pedrozzi collected and put in place again stones that had been used as building material for the ancient dry-stone walled structures, which have been abandoned in recent decades. This recomposition is meant to reconstruct a public space and to retain landmarks in the barren alpine landscape, and also as a monument to the civilization that has lived in and been sustained by it for centuries.

This book documents Pedrozzi’s work and highlights the problem of rural exodus—a constant phenomenon in the history of human life, caused by conflict, economic change, natural disasters, and climate change. It shows, strikingly, how that exodus is manifested in this region through mountain dwellings that are no longer used because alpine agriculture has been given up in favor of better opportunities and more comfortable ways of life elsewhere.

Martino Pedrozzi graduated from EPFL’s School of architecture in Lausanne. He runs his own studio in Mendrisio, Switzerland, where he has also been directing the Workshop on International Social Housing at the Academy of Architecture since 2003.