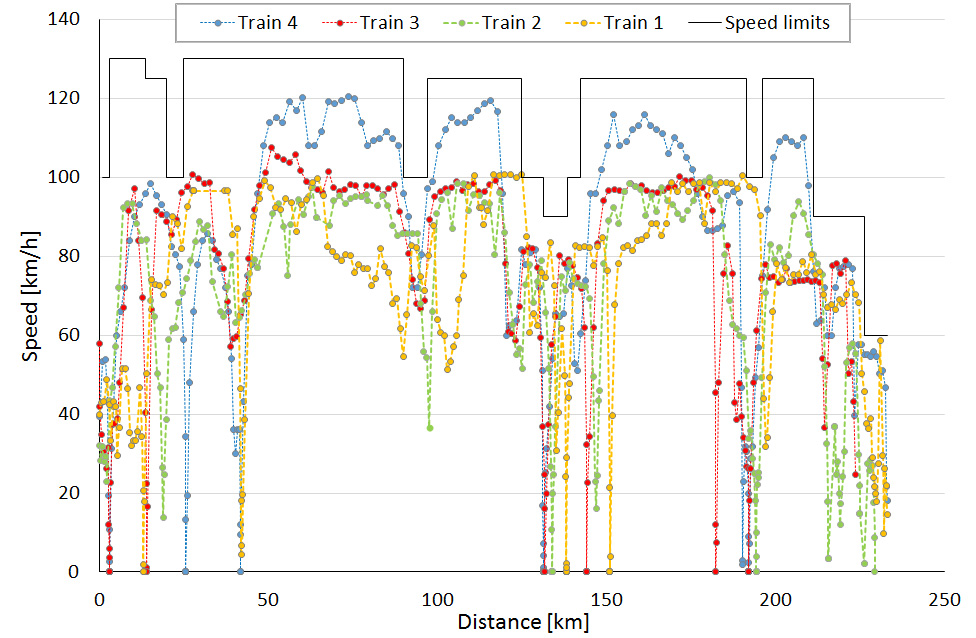 The increasing competitiveness amongst transport modes has recently lead rail operators to start collecting microscopic data on energy consumptions. Main aim is to analyze and optimize energy efficiency during operation. It is an incredible opportunity for researchers to access to a huge amount of data for the development of new strategies and solutions, which were unexplored until now.

In the next future, transport systems will be completely reinvented, due to the impacts of technological innovations, such as autonomous driving and hybrid or fully electric vehicles, which are now the reality and not anymore a possibility. To face this revolution, railway systems need to considerably improve their operation side and to consider energy efficiency as a key element, so to keep being considered as an alternative in the transport system market.

Therefore, rail operators started collecting huge amount of data from onboard monitoring systems. Researchers at IVT are currently working with rail operators for the analysis and possible improvements of system performance, based on those big sets of data. This includes the development of suitable tools for generation of energy efficient train trajectories.

Valerio De Martinis is postdoctoral researcher at IVT since 2014. His research activities focus on simulation and optimization techniques for improving energy efficiency in rail operation. He is involved in the SCCER Mobility program with a specific project on energy optimal operation of freight trains. Latest publication on this theme.

Francesco Corman is professor of Transport system at IVT. Previously professor at TU Delft and KU Leuven, he joined ETH in 2017. His main fields of research include operation and control of public transport systems, rail traffic management, logistics and maintenance.